O, Madria Vicka, Jana of Courage, Strength and Valor, be with us.

May the Pure Stream of Your Grace flow within me, in this world and in all the worlds to come.

We have mentioned that one of our next goals is to accrue Deanic hymns. I had mentioned that many Marian hymns may be easily adapted for Dea. I would like to explain that when the Marion hymns refer to Mary as Regina, that is the Latin for Queen. And so, when we sing Salve Regina, for instance, we are singing Hail, or Greetings, Queen.

As Madria Erin stated, This hymn to our connection with Source was originally composed in 1985. Since then it has been recorded by artists worldwide: sung in the Vatican; with a choir of 50,000 devotees in an Indian ashram; at the College of Choirmasters of the Russian Orthodox Church in St. Petersburg, and in its twentieth year of publication, named “Chant of the Year” by the New Thought Songwriter’s Tribute Awards.

This is a live recording of the chant; a choral version is recorded on Voices of the Heart: Choral Chants of Devotion – https://innerharmony.com/show_product.php?pid=1041.

Those who practice a blended Path may sing the chant as written. Those who are purely Deanic may simply substitute Mother or Daughter for Father. And, she correctly used Kyria Eleison for Kyrie Eleison. Kyria, being the feminine meaning Lady in the Lord sense. (Kyrie means Lord.) Here is the main page: innerharmony.com.

She also discovered this beautiful rendition of sacred dance to this lovely chant: https://www.youtube.com/watch?v=J8PbZZHdlgg.

Here is an example of liturgical dance: https://www.youtube.com/watch?v=my89A3zFOvM.

This one is truly lovely: https://www.youtube.com/watch?v=7RQZ5GtU20A.

This is the lyrical style of liturgical dance that I had spoken about in a previous article, but for Deanic Temples, they should be dressed more modestly. I also feel that liturgical dancers should be facing the altar as it is my opinion that they are dancing in worship of God and not as entertainment for the congregation. https://www.youtube.com/watch?v=wOH1jivNISE.

THE HIDDEN MEANING IN NURSERY RHYMES AND SONGS

For hymns, our dear Sophia offers the following on a well beloved nursery song:

She offered this as an option when lighting the Yellow Candle of Hope.

Sophia Ruth used a favorite English nursery  rhyme from her childhood. She understands the traveler to mean the soul incarnated. Diamond in the Madrian Geniae correspondences symbolize the Sun and Theia therefore as a diamond star, it symbolically suggests to me our Holy Mother and Her Holy Daughter being one, as in the Scripture reading for the Hope Candle.

(Sophia is correct, in Janite Tradition, the diamond is the Sacred Jewel of Madria Theia, along with amber.)

Twinkle, twinkle, little star,
How I wonder what you are.
Up above the world so high,
Like a diamond in the sky.

When the blazing sun is gone,
When She nothing shines upon,
Then you show your little light,
Twinkle, twinkle, all the night.

Then the traveler in the dark,
Thanks you for your tiny spark,
He could not see which way to go,
If you did not twinkle so.

In the dark blue sky you keep,
And often through my curtains peep,
For you never shut your eye,
Till the sun is in the sky.

As your bright and tiny spark,
Lights the traveler in the dark.
Though I know not what you are,
Twinkle, twinkle, little star.

Twinkle, twinkle, little star.
How I wonder what you are.
Up above the world so high,
Like a diamond in the sky.

Sophia prefers this New Zealand singer’s short video, where she looks like a priestess and the tune is traditional: Hayley Westenra – Twinkle Twinkle [Official Video] https://www.youtube.com/watch?v=Mli-1N5MWGc

“Twinkle, Twinkle, Little Star” is a popular English lullaby. The lyrics are from an early 19th-century English poem by Jane Taylor, “The Star”. The poem, which is in couplet form, was first published in 1806 in Rhymes for the Nursery, a collection of poems by Taylor and her sister Ann. It is sung to the tune of the French melody Ah! vous dirai-je, maman, which was published in 1761 and later arranged by several composers including Mozart with Twelve Variations on “Ah vous dirai-je, Maman”.[1] The English lyrics have five stanzas, although only the first is widely known. It has a Roud Folk Song Index number of 7666. This song is usually performed in the key of C Major. 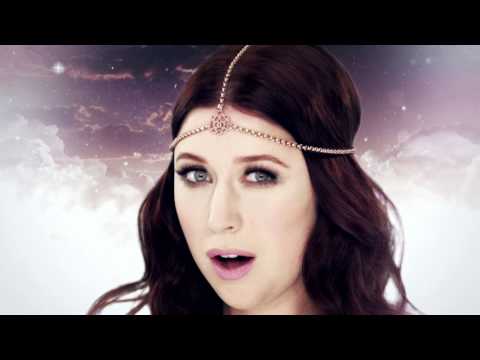 I am a Deanic priestess and founder of the Janite Deanic Ekklesia at deanic.com and the Iremian Order of Dea at (link to come). View all posts by ArchMadria Pamela Lanides