In memory of Katie, beloved of ArchSorella Minna. Katie loved to dangle from ceiling lights and sit in hanging pots of plants. She was sweet and gentle to all. May She rest in the Light of Our Lady and play in the Eternal Garden. Amadea. 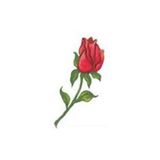 All too often, when we lose a beloved furry or feathered family member, we wonder if we will ever see them, again. They have passed beyond the veil of this third dimensional realm, but do they go on to the next?  Will we meet them in Avala (the resting place between incarnations) when we pass on? Or are they here, as a brief joy, only to be lost to us for eternity?

Some religions teach that animals do not have souls, which, to Janites is patently absurd, because we believe that the soul is the necessary vehicle through which the spirit incarnates into the body and yet, at the same time, our souls are more than that. I think that perhaps they are also imbued with our spirit. Here is a link to 14 Stories that Prove Animals have souls: https://www.buzzfeed.com/expresident/stories-that-prove-animals-have-souls.

In a television interview with Diane Sawyer on Primetime (Dec. 20, 2004), Roy, of the famed Las Vegas entertainers, Siegfried and Roy, claimed that his tigers were present in his near-death-experience. One had nearly killed him in an attack while they were on stage. “No doubt, when it is my time,” Roy, my cats should greet me, they are my family.” (pg 21).

Another person described his experience as a ten year old child whose NDE was triggered by a terrible accident. After describing his initial experiences of the after-life, he goes on to relate: my pet dog, Skippy, was there. Skippy had died some years earlier and was the only ‘person’ that I had any real family connection with that was dead. I was overwhelmed with Joy and Love and embraced my dog with my spirit. (pg 35).

On page 57, the author describes a brief synopsis of NDE pet experiences:

Animals and deceased pets—appearing as ‘friends’ or ‘guides’; on occasion, they speak telepathically. Physical sensations of being licked, rubbed, pawed, or nosed by the animal are felt and enjoyed. Usually, only smaller animals appear (besides pets). The most common (besides pets-pl) are birds and bunnies.)

All in all, many children who have had NDE’s speak of an animal heaven and all those NDE’s who have had after-life experiences with animals, when asked, do animals have souls, all respond with a resounding yes. (Taken from pg 387.)

(In her book, P. M. H. Atwater warns that some NDE stories are overly sensationalized. One reason may be that many publishers and talk-shows will not interview a story unless the NDE’er promises to sensationalize their story or ‘keep things lively’.)

NDE’ers are considered to be God’s new messengers. Their main message to humankind is:

God does not care what religion we are..
Religions are cultural institutions.
God cares about religion because religion is important to us.
The only thing that matters to God is how we love others.
Death is not fearsome.
Life exists beyond death.
Service is more important than material gain. (This goes along with: service to others rather than service to self. P. L. )
Forgiveness is possible for anyone.
Men and women are equal in God’s Light.
Animals have souls
Unconditional Love is inclusive, not exclusive.
Each person has a purpose in life. (As do our furry/feathered family members).
Everything happens for a reason.
We each possess a soul and can communicate with out soul.
Revelation is ongoing.
Prayer works when the aid requested is surrendered to the Will of God. (I always end my prayers for others, be it for their highest good.) (Pg. 358 and elsewhere in the book.)

I, myself, have had four profound experiences after the death of an animal.

Our friend had an old German Shepherd named Max. We always felt bad for Max because his owner kept him almost perpetually tied up to a run and he was never allowed in the house. (As his present wife once stated, he is the type of person who should not have had a dog.) German Shepherds are one of the top five most intelligent dogs. They live to work. It is torturous for them to be kept tied up all the time.

There came a time when Max’s owner was going to be away for a week, so I was asked to care for the dog while they were gone. I fed him and kept him company during the day and at night, my husband would go let him loose so he could run around in the yard for a bit. Max was always over-joyed to see us.

The day after the owner returned home, it was early evening but still light out as it was summer-time, I pulled into my road after having run some errands. I saw a dog running up the road, towards me. I panicked because I thought Max had become loose and we lived right off a very dangerous road.

It was not until the next day that I discovered that Max had passed away earlier that previous morning. I knew that Max had come to thank me before he passed on beyond this realm.

Lily was my beloved cat. She was so gentle. We had a special bond. She was only about two years old when she went missing. I spent three weeks, day in and day out, searching everywhere for her, including in our local wooded areas. I could not accept that she was gone.

Finally, one night, as I drove up my driveway, I saw a set of eyes gleaming in my headlights. I got out of my car and saw that there was a black and white cat, (what they call a tuxedo cat), sitting beside my driveway, watching me. I had never seen this cat, before and I could not understand why it was not afraid of me. It didn’t move. It just sat there as still as a statue and watched me with eyes that appeared to be uncannily intelligent and aware. He was not behaving, in any way, like a normal cat.

As I approached him (or her, but I got the sense he was a male), another cat, almost identical to the first, came out of the nearby trees and sat down next to the first cat. Again, they sat there as still as statues and watched me with those ‘knowing’ eyes.

The whole episode was striking me as being so odd and un-natural, I actually asked the cats, ‘Do you know where Lily is? Are you here because of Lily?’ They didn’t answer, not a meow, not a growl not an hiss. They just kept sitting there, very straight and watched me. But somehow, someway, I felt they were connected to Lily and that I was supposed to understand why they were there.

I must confess, as much as I love cats, I got a little freaked out and I ran into the house. I told my husband was what happening. He looked out and saw the cats still sitting in the driveway, watching the house. Much later at night, when it was time to go to bed, my husband looked out our bedroom window and told me the cats were still there, beneath our second-story window. I looked out and sure enough, there they were, looking up at me, sitting still as statues.

This experience had such a profound effect on me, that I wrote it into a fictional story for tweens.

Indi and Peri were sisters.  After my experience with Lily, I was determined that they were going to be house cats, but come Spring when they were nine years old, I lost that battle. It wasn’t long after that one day, Indi did not return home. I had just lost Lily the year before and could not handle losing another. Indi had been very human-friendly while Peri was more aloof. I remember that I sat down on my porch and started sobbing, uncontrollably when suddenly, and in a most uncharacteristic manner, Peri shot out from beneath my car and jumped on my lap. She tried to console me. I patted her for a while thinking how odd her behaviour was. Once I became calm and had stopped crying, Peri swiftly jumped down and ran back under the car. She never behaved like that, again. I felt very strongly that Indi had entered her body and came to console me and that once I received solace,  she was gone.

Later on, I was to discover that we had a lot of coyotes and fisher cats in the area and every year, come late Summer, early Fall, many cats in our neighborhood would go missing. My future cats would never be outdoor cats, again. (I leash trained my current cat and she is supervised.)

Seamus was fifteen years old when he died two and a half years ago. He was by my side every day for fifteen years. A constant companion through thick and thin. When I became very sick cancer, he never left my side, despite the fact that I was too sick to care for him. Eventually, he developed an heart condition and despite medical care, his suffering was such that we had to have him ‘put down’. I will never forget the vet’s words to me, ‘he is depending on you to do the right thing’.

The next day, when I arrived home from work, as I entered the living room, suddenly my lower legs felt very cold, as if there was a cold chill swirling around them. I thought it was odd, because the rest of the house was certainly warm enough. That chill stayed with me for a while and then finally went away.

I noticed this same sensation the next day and the day after that. Finally, it dawned on me that oftentimes, it is said that a chill is an indication that someone is here from the Other Side. And I realized that the chill came to about the same height as Seamus. At that moment, I realized that Seamus had been greeting me every day when I came home from work. I told him that it was ok, that he could go to the Light and that I would see him, again, and I never noticed that strange chill around my legs, again.

I love and miss you, Seamus. Till we meet, again.

I am an ordained ISM priest and an ordained Deanic priestess, founder of the Janite Deanic Ekklesia. View all posts by ArchMadria Pamela Lanides